Created with cheap and inefficient devices to achieve a complex and unpredictable sound synthesis, represents the result of a research work involving Circuit Bending, Analog Synthesis, No Input Mixing.

Fesso based on the idea of No Input Mixing Board, a system of bent circuit boards taken from old cheap guitar pedals function as a feedbacking channel. The output signal is dependent on the state of each pedal, switches, and dials, the controls once intended to set the parameters of an effect become the controls of sound synthesis, widely steerable, and not always predictable.

Any audio circuit, even the most expensive, produces a little bit of inherent noise, when the input of the chain is not connected at all, you can hear that noise from the output, other possible residual signals depend on cables and power supply.

Connecting a series of pedals in a close loop (the last output in the first input), the signal inside the chain oscillates autonomously and produces a sound that is shaped by the dials and on/off state of the six individual pedals. All the residual signals of the circuits are summing and being fed again inside the chain.

In the simple case of no other processes out of amplification, the signal gets exponentially louder at every cycle and immediately sets on a strongly saturated high pitched whistle (that's more or less what you get with a feedbacked mixer strip or Larsen effect)

Adding some processing in the chain we can obtain a really wide set of sounds, such as textures, filtered noise, glitches, piercing whistles, and fat drones. Long delay lines (>50ms~) generate oscillations of the whole chain giving regular rhythmical features to the signal (just like an LFO), short delays times (<50ms~) generate resonating phenomena disrupting the base oscillation of the system, this mechanism can be easily be implemented in a musical context.

Poor quality pedals are functional in the task of exploiting inherent noise and glitches, rather than hi-fi sound processors that would react too violently and fast, providing a more sterile and flat sound. We are looking for residual sounds and disruptions of an originally poor signal in order to obtain complex and organic textures. 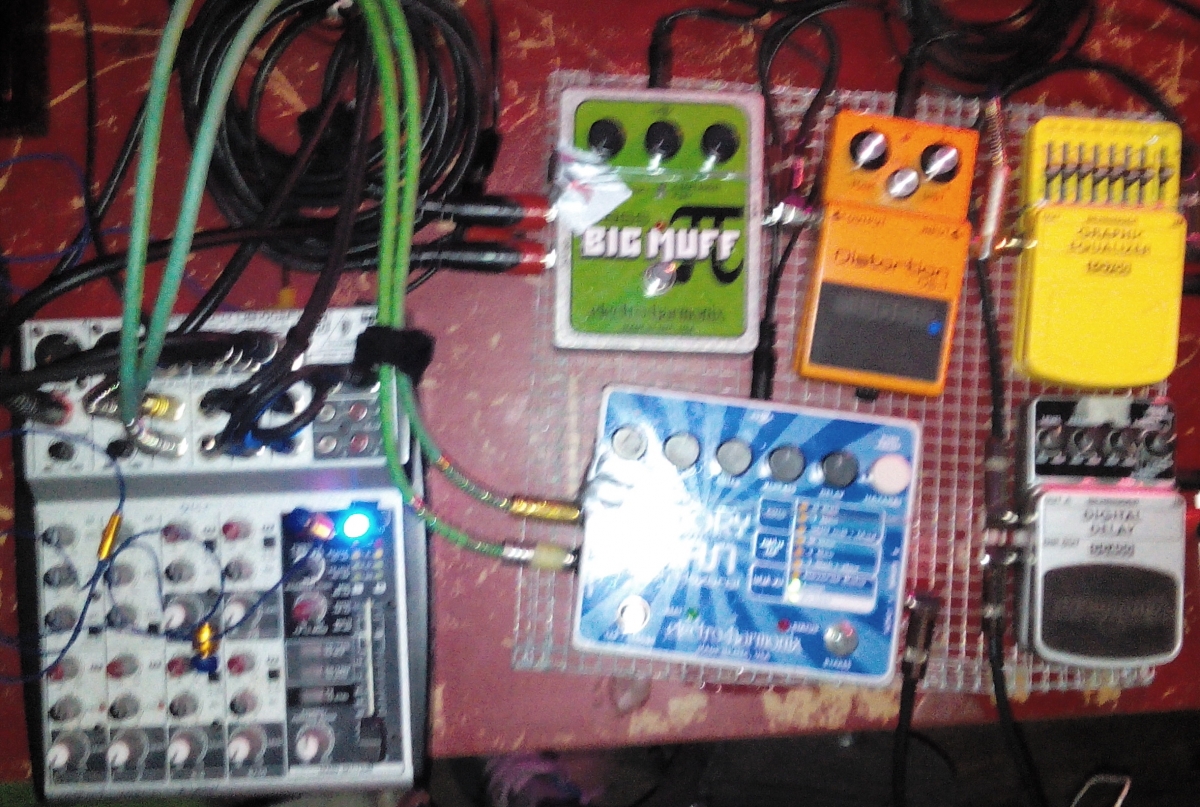 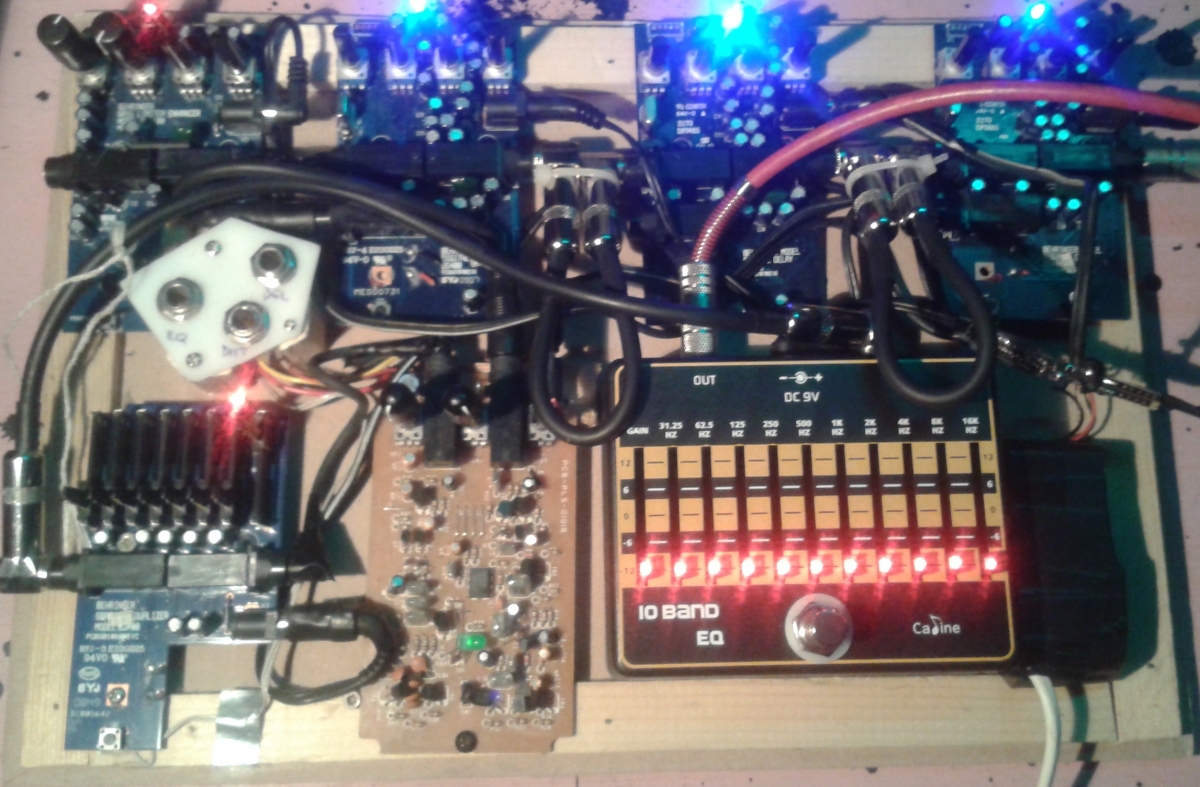 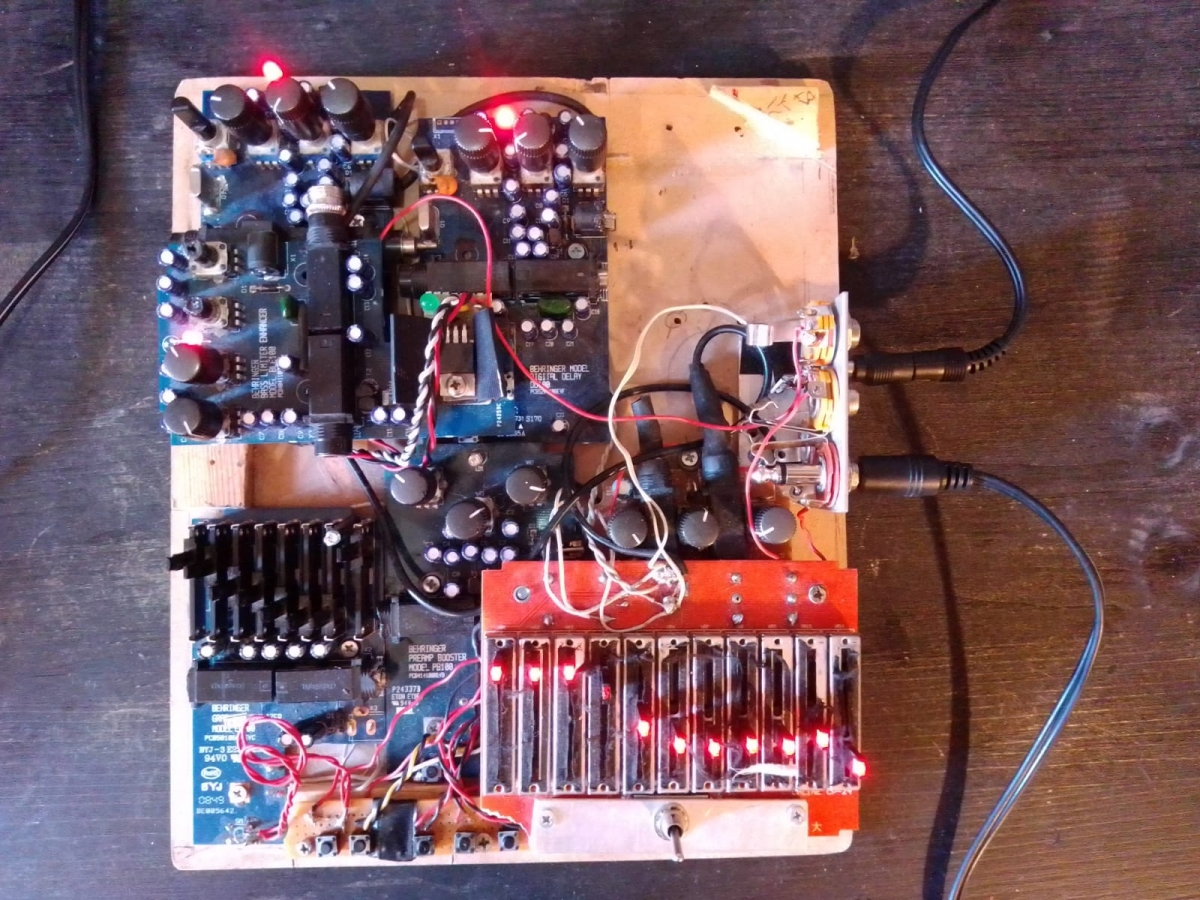 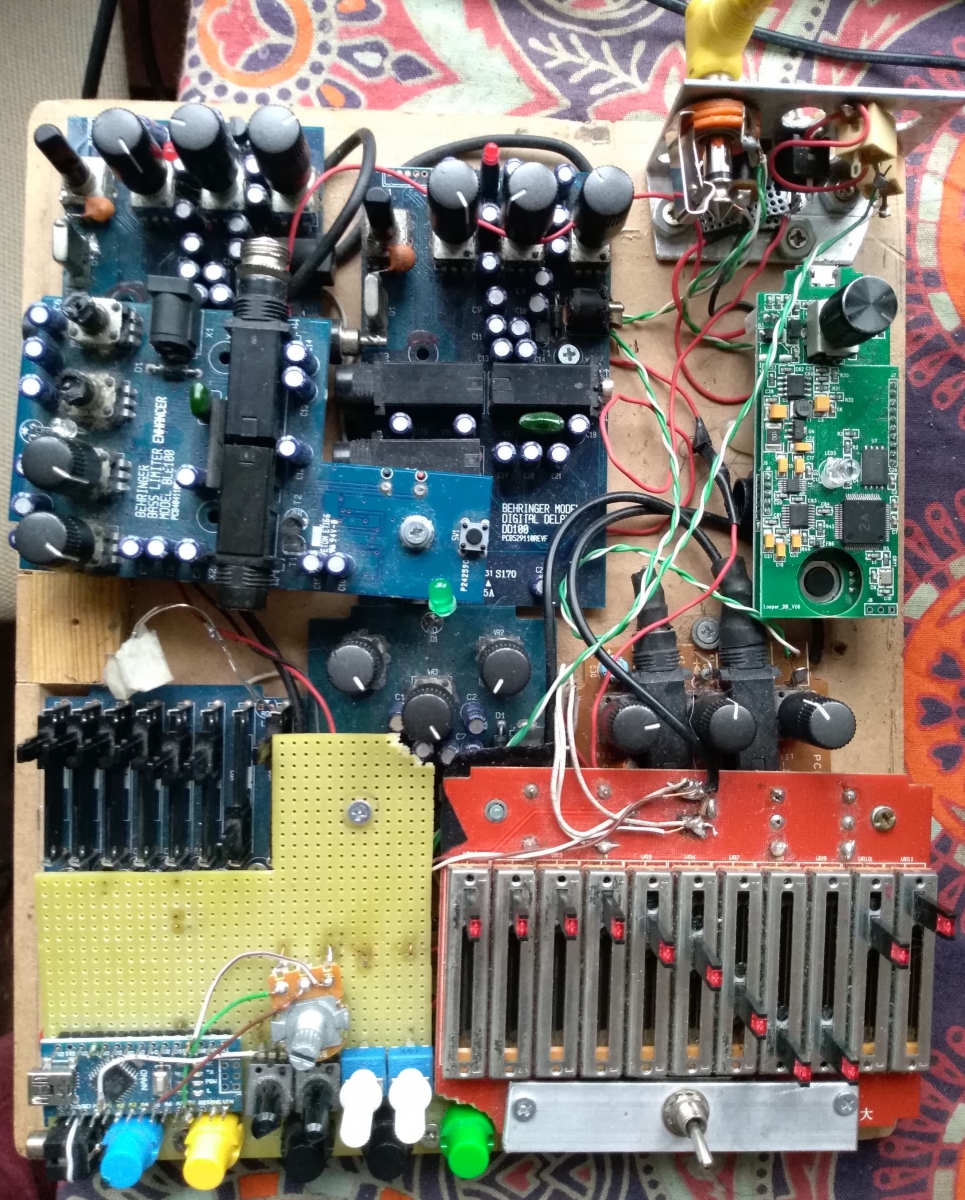 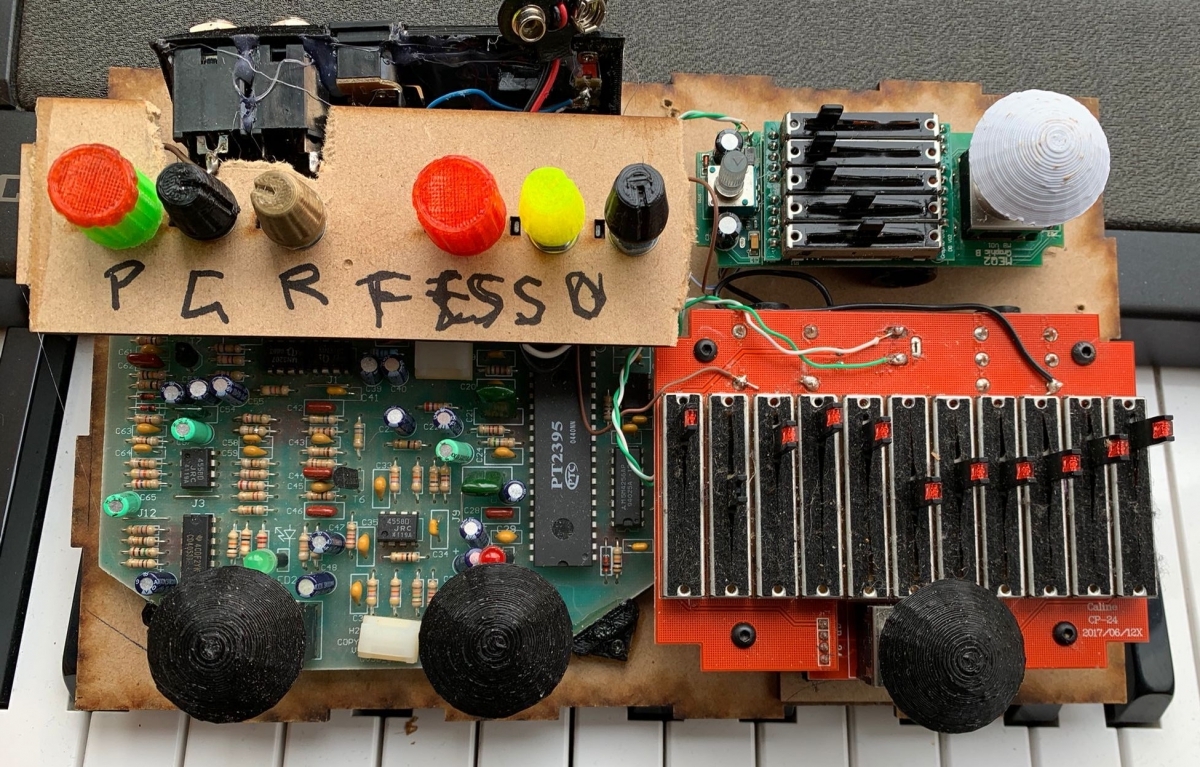